What is an NFT Card? 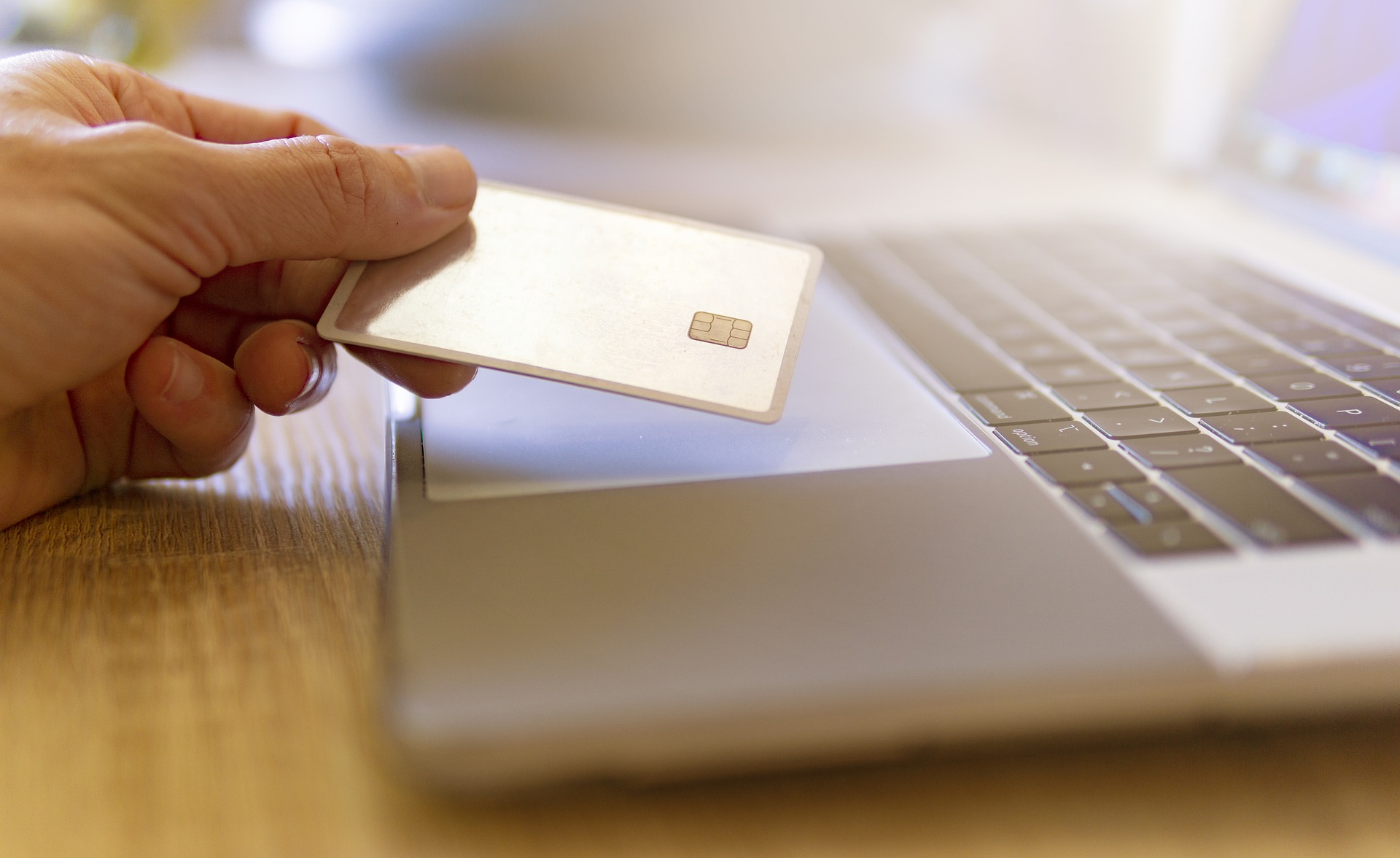 There are two types of people in the traditional trading card community – collectors and owners of unique items. Collectors are people who sought and paid huge amounts of money to collect unique items from creators or those in possession of them. While this is still in practice, the advent of the internet, digital currency, and blockchain technology have revolutionized the whole process.

Now, these unique items have their place on different blockchain networks as non-fungible tokens, which are also dubbed unique digital assets. In other words, there are no replacements or exactly the same tokens, and they are unique. Blockchain tech also ensures that ownership of these unique items is easily verifiable through smart contracts.

With this new development, you could turn any physical asset into an NFT (digital asset); it could be:

What is an NFT Trading Card?

However, there are NFT cards that don’t represent an object at all, but something like the concept of teleportation or travel to Mars. So it’s all up to you what you would like to print on your NFT cards.

Anyone can build a virtual copy of these cards by generating a token on Ethereum or another smart contract blockchain. These non-fungible tokens provide information about the card, particularly its design. An NFT-enabled wallet can be used to store, view, and transfer these cards.

People can produce, buy, and sell these cards on various platforms. Some of the most popular NFT marketplaces include OpenSea, Mintable, Rarible, and SuperRare.

Here’s an interesting part: Even if the physical asset is damaged, the digital card will still hold value and exist as long as the blockchain is functional. So, you can think of NFT cards as a more permanent version of physical assets that before now would lose value if anything happened to them.

Sports and cards tend to go hand in hand.

Cards could be used as memorabilia for players and their fans or as a type of currency. A sports goods company created the first baseball cards in the late 1860s when Baseball became a professional sport.

Around the turn of the century, most baseball cards were packaged in candy and tobacco products. During this time, the T206 cigarette card depicting Honus Wagner became the most valuable baseball card ever made.

More recently, blockchain technology has been used to create digital cards. These cards are not bound by physical limitations, such as shape and size, and they can also hold a lot more information than their traditional counterparts.

Some blockchain-based sports cards are NFTs. These cards can represent players, teams, or games, tracking player or team statistics.

Top Shot is a non-fungible token (NFT) marketplace where NBA moments or highlight clips may be bought, sold, and traded.

Top Shot effectively brings the experience of basketball fans collecting physical objects into the online world, as card owners bank on the value of their highlight collections increasing over time.

As of writing this, there are over 250,000 NBA fans on the Top Shot marketplace trading and collecting NBA moments. There is no doubt that it is a trend here to stay.

An NFT collector reportedly turned down a $1 million bid for an NBA Top Shot NFT that he had purchased for $100,000 in January. This goes to show just how much collectors value these NFT cards. It’s therefore, comes as no surprise the marketplace ended the third quarter of 2021 with almost $500 million in sales.

With the success of NFT trading cards in basketball, we can expect to see similar moves in other sports. Already, there seem to be some moves in this direction for Baseball.

As with any new form of technology, some concerns have been raised about NFT cards.

It’s important to note that these are just concerns, and as you can tell, haven’t slowed down the rapid growth of the NFT and NFT collectible market.

One of the main issues that have been raised about NFT cards is security. These cards are digital; they are vulnerable to cyber-attacks and hacking.

For example, an attacker can exploit NFT smart contracts to steal tokens or tamper with the card’s data. This could result in a loss of value for the card owner.

Another concern is that hackers could use stolen card data to create fake cards, leading to a situation where people are trading fake cards without knowing it.

There is also the question of whether an NFT card can be forged or duplicated. These cards are built on the blockchain, which has a public ledger, making it possible for anyone to view the data on a card.

Therefore, it would be possible for someone to create a fake NFT card simply by copying the data from an existing, verified card.

Individuals would only need to hide that they created a fake card and not steal it from an existing collector. Although this method of theft would be more challenging to pull off than replicating a physical card, it may still be possible.

The issue of data security will probably continue to plague NFT cards for some time, if not forever. This is because data security on blockchain technology has never been compelling.

There’s also NFT marketplace security in the mix, especially those that operate a centralized system.

Due to the potential for NFT cards to be misused, it is possible that trading platforms like Top Shot could come under regulatory pressure at some point in the future.

This is especially likely if these platforms become more popular and start to pose a threat to traditional sports memorabilia markets.

At the moment, it is unclear how regulators would deal with NFT cards, and they could choose to ban them or try to regulate them. Either way, NFT cards will likely come under scrutiny soon.

Another typical complaint is that a digital collectible lacks tangibility. Traditionalists enjoy the feel and sensation of touching their cards and browsing through their collections in person, and they value having something tangible to hold and view.

While it’s difficult to deny the significance of physical collectibles, digital collectibles provide new forms of attraction. For example, they can be stored in an easily accessible format, immune to damage or theft.

They also offer the potential for more features and functionality than traditional cards. This could include things such as animation, sound, and interactivity.

It’s also worth noting that you can use NFT cards to represent non-collectible items. For example, you could create an NFT card representing a house or a car, and this would allow you to own a digital version of your property without having to purchase a new physical card every time you change houses.

Because NFTs are based on the blockchain, most transactions occur on the Ethereum network. Some collectors are concerned that this may limit those purchasing digital trading cards.

In other words, you need to own some Ether before purchasing an NFT card. For those who do not have any or can’t wrap their head around it, this could be a problem as they will not be able to participate.

The other issue is that not all Ethereum wallets are compatible with NFT cards, and the NFT wallet must support the blockchain technology and ERC721 tokens to work.

Now, let’s shift gears and see real examples of NFT cards, particularly the most popular and valuable ones.

It’s a set of 10,261 digital soccer trading cards with 100 players from the 2018 Fifa World Cup; 32 of them are limited mints in the Iconic Set. The iconic set isn’t only different in terms of limited availability and its distinct design.

Crypto Strikers are also known as Wrapper Strikers because they were created with an early and flawed implementation of ERC-721, rendering them incompatible with several subsequent protocols.

To account for the early technology, each NFT must be “wrapped” before being listed on an NFT marketplace like OpenSea. Note that you can unwrap a Striker card to its original form if you prefer.

Play-to-Earn (P2E) refers to the ability to earn real money just by playing a game. This is demonstrated in Gods Unchained by the possibility to earn in-game items that you can sell for real money.

Players must outsmart their opponents by building decks that can combat a wide range of techniques. Players in the game have entire ownership of their digital NFT cards, allowing them to trade, sell, and utilize them in any way they see fit.

You can join the Gods Unchained fun and action by purchasing your NFT deck on Immutable X.

The Curio Card collection is a deck of 30 cards featuring artwork by seven different creators, each with its distinct style.

Each numbered series features one-of-a-kind artwork and a limited number of digital prints. These NFT cards are available in quantities ranging from 111 to 2,000. Also, 29.7 thousand cards were produced, with an estimated 4,000 cards lost or destroyed.

On May 9th, 2017, these cards were presented as an online art gallery. Curio Cards are available for purchase on OpenSea.

Candy Digital is the official NFT platform for Major League Baseball. Baseball fans can buy and trade licensed MLB NFTs on this platform.

Candy aims to create next-generation digital assets for sports and culture by offering authentic products and experiences that increase fan engagement and connect individuals to their passion for sports and collectibles.

In addition to sports cards, the Candy Digital brand manufactures and distributes a variety of digitized sports collectibles. These souvenirs include everything from digital items to personalized experiences like throwing the first pitch at a game for your favorite MLB team. Gary Vaynerchuck is one f the notable investors at Candy Digital.

If you want to acquire your Candy collectible, go to Candy.com to see what’s new or to Candy’s official OpenSea page.

There you have it! NFT cards are the latest fad in the crypto world, but they are much more than just another crypto trend. NFT cards give true ownership of your digital items, and they open the door to a whole new world of experiences–and profits.

If you are a traditional card collector or new to the digital realm, NFT cards present an excellent opportunity to get in on the ground floor of this exciting new industry. So why not check out some of the marketplaces mentioned in this article and see if you can find an NFT card that has your name on it. You might be surprised at how much fun you will have–and the money you can make.